Crazy site about a crazy guy!
Since I got some positive feedback about Hawkwind’s Silver Machine here’s the site of Robert Calvert the driving force behind mutch of Hawkwind’s finest music.

Orgone Accumulators are, in my opinion pure ‘snake oil’ but makes for great doggerel. This site also goes really OTT on the flash mouse-overs. 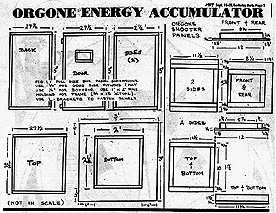 When I saw the Boomtown Rats playing at the Apollo Theatre, Oxford back in 1979 I never in my wildest dreams thought Bob Geldorf would end up being knighted and using music as a force for good.

It’s very easy to knock ‘worthy causes’ but if millions (billions?) of people can make enough noise to send a message that extreme poverty can be iradicated and should be iradicated. Then I for one am all for it.

As ‘Sir’ Bob said “It’s not about politics it’s about morality.”

I’m Tory Plan B. (Well we all knew that!)
Try a limp nob. (Must be the third way that he’s always going on about.)

A Lib ‘n’ Tory.
I rat nobly.
Not by Rail?! (The UK has the most expensive and unpunctual trains in the EU) I’ve recently finished reading The Long Way Round: Chasing Shadows Across the World by Ewan McGregor & Charley Boorman, about their epic motorbike ride from London to New York via Magadan in Eastern Russia. and empathised with this sentiment:

“I thought back to the day a month or so earlier when we had been in Mongolia. It was mid-afternoon and we were riding through a beautiful valley. I pulled over and got off my bike. Charley, ahead of me, stopped too. He swung his bike around and rode back towards me. Before he even arrived, I could feel it coming off him: why are we stopping? We’re not getting petrol, we’re not stopping to eat: why are we stopping?

I walked away from Charley, I didn’t want to tell him that I had stopped because we’d passed the place. The place we’d fantasised about months before we’d even set off from London. A place with a river of cool, white water and a field nearby to pitch our tents. The place we were going to stop at in the middle of an afternoon so that we could cool our sweaty feet in the river while catching fish that we’d cook that evening on an open fire under a star-speckled sky.

I’d seen that river half an hour earlier. There was no question at all that it was the place. A beautiful big white river and nobody for hundreds of miles. And we had ridden straight past it.”

Click the link below for a bigger picture of a Mongolian river much like the one Ewan McGregor must have seen.
http://www.jts88.com/mongolia/Photos/largeimages/river.jpg

This week I is mostly listening to…

I
I just took a ride
in a silver machine
And I’m still feeling mean.
Do you wanna ride see yourself going by.
The other side of the sky

I got a silver machine.
It flies side ways thru’ time

It’s your Zodiac sign.
I’ve got a silver machine

I’ve got a silver machine.

I said
I just took a ride in a silver machine
And I’m still feeling mean.
It flies
out of a dream
It’s antisceptically clean

It turns everything green.
Do you wanna ride see yourself going by.
The other side of the sky

I mean a silver machine.

I’ve got a silver machine

Nobody writes better doggerel than Hawkwind! As one ‘Civil War’ aficionado to another I cannot rate Skedaddle’s site highly enough, whilst I merely read around the English Civil War Skedaddle contributes to the body of knowledge about the American Civil War. Visit his site at: http://www.pddoc.com/skedaddle/articles/index.html to find out more.