“Season of mists and mellow fruitfulness
Close bosom-friend of the maturing sun
Conspiring with him how to load and bless
With fruit the vines that round the thatch-eaves run;
To bend with apples the moss’d cottage-trees,
And fill all fruit with ripeness to the core;
To swell the gourd, and plump the hazel shells
With a sweet kernel; to set budding more,
And still more, later flowers for the bees,
Until they think warm days will never cease,
For Summer has o’er-brimm’d their clammy cells” A good source of news about China with an American slant.

The mark of truth, as guaranteed by Mr Rut himself.

Shit God
A tale of parental betrayal foreshadowed by the apparition of a fecal-deity.

This has to be one of my favourite cartoon sites on the web and I have been reading it for years now. Mr Rut and I  have visited many of the same places and have had lots of adventures often with similar events and themes. 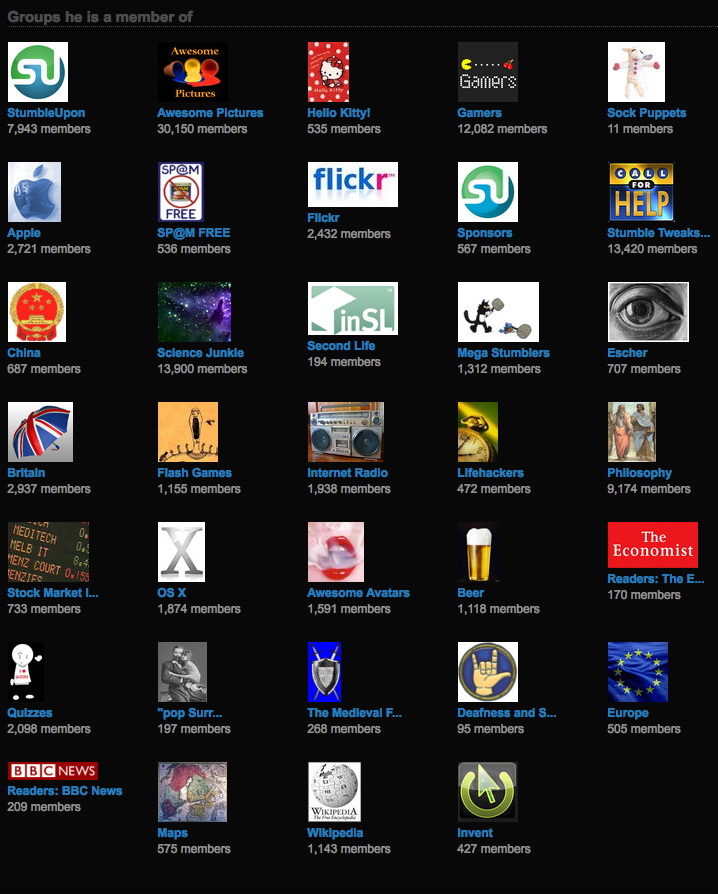 Stumbleupon Groups were great places that were first crippled then killed off by the cruel alien  overlords that run the StumbleUpon Empire.

I started and ran three of them: China, Second Life and Sock Puppets.

With quite a long history, “jian bing guo zi” is something quite unique to Tianjin. It is a kind of Chinese pancake that is usually sold as a fast breakfast food on the streets. “Guo zi” refers to the deep-fried dough sticks made in some places in northern China. Prepared on stalls on the street it comes with a variety of garnishes and relishes – very tasty.

Aunt Sally is a traditional Cotswolds/Oxfordshire summer game, still played in many pubs in the area.

The dolly (a 10cm high ball or skittle) is placed on a metal spike normally around 3 foot tall. Players (typically two teams of 6) take it in turns to throw 6 sticks at the dolly. The aim is to knock the dolly off the spike, without hitting the spike.

It is a fun way to spend a lunchtime or an evening outside at a pub, as you discover just how hard it is! Well worth trying if you’re in a pub with a court.

The game of Aunt Sally goes back at least as far as the 17th Century. It may have been introduced by Royalist soldiers during the English Civil War when Charles set up court in Oxford.

Two teams of eight players throw six sticks each per leg. The game is played over three legs. The largest number of dolls scored per team wins each leg. If there is a tie in the decisive leg, each team can throw three sticks and then one until there is a decisive result. In the league system, however these days legs can be tied, with two points being awarded for a leg win and one for a draw. If a player fails to score in a leg, it is called a blob with the ultimate embarrassment of a three blob game often being published in the local newspapers sports section. It is a custom that the winner of the fourth (beer) leg is bought a drink of their choice by a member of the opposing team. 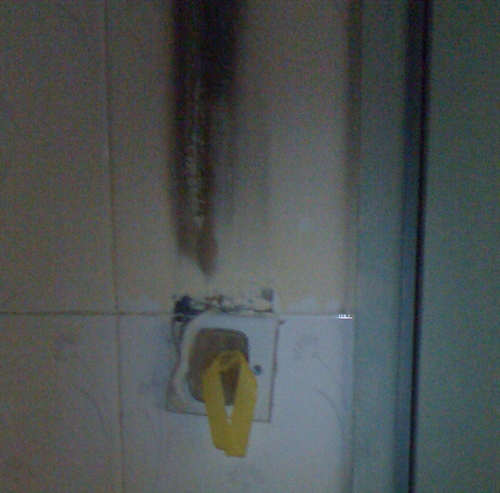 Luckily, we didn't die in our beds

As I was surfing the web last night I casually asked my wife if she could smell burning plastic. She said she could and said she thought it might be coming from the bathroom. I looked in and light wisps of smoke were curling around the ceiling light, the source was a light switch. I warned her quickly and ran pell-mell down the stairs to alert the block warden and grab a fire extinguisher. When I returned there were flames that were starting to lick at the plastic ceiling. I had caught the fire just in time.

The good news is that we put it out quickly, nobody was hurt and no real damage was done but those powder fire extinguishers cause a dreadful mess and we were without power for a while. The most worrying thing is the ‘What if?’ questions – what if it had caught fire at 4:00am?

So far I’ve added seven ‘Header Pictures’ all taken by me on my travels:

A tugboat on the Angara River, Irkutsk, Russia

The StumbleUpon blog has been exported and uploaded, tweaking is occuring, friends, followers and fans are being notified. Groups are being archived, screenshots taken.
This flurry of activity is due to the developers of Stumbleupon deciding to stab their loyal userbase in the back and remove all the blogging features on SU like photoblogging, using html and being able to post single ‘blog posts’ i.e. all the bits that made it fun.

I will continue to use the SU messaging features to keep in contact with some of the many friends I have made during the last seven years.

Let’s hope that things get better from now on, update your bookmarks.