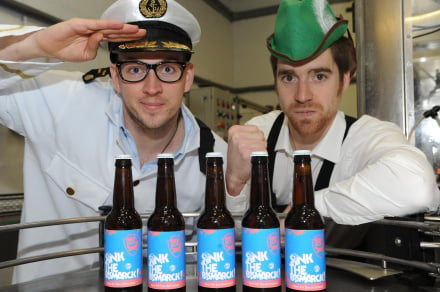 ‘A Scottish brewer appears to have torpedoed a German rival’s claim to the world’s strongest beer, by bottling a “quadruple IPA” weighing in at a liver-bashing 41 per cent ABV.’