It went bust in Spring 09

How can one not like a stumbler who is Courteous to the Maximum?

Please give a warm stumble welcome to Phil D a 55 year old guy from the United States of America.

This is due to:

Ensure that you are fully aware of the risks before attempting construction or running Tesla coils.

Safety information can be found at:

Now I’m off to see what Li has been up to in his shed at Wassat Moor. 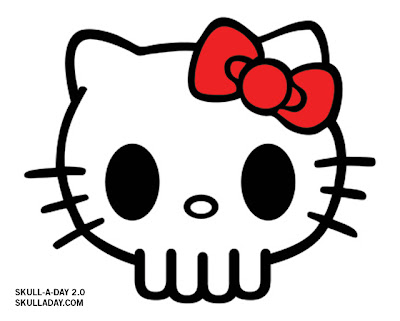 NO, AND NO AGAIN; PARLIAMENT TO CONFISCATE MALIGNANTS’ ESTATES

Parliament has spurned a second offer of peace from King Charles, less than two weeks after rejecting the monarch’s first, and declared it would confiscate the property of the King’s supporters to meet the expenses of the war.

Delivered three days ago by Lord Falkland , the King offered "with all cheerfulness" to take down his standard, erected on August 22 in Nottingham, provided Parliament first revoke "its declarations against all persons as traitors for assisting us."

"Our chief desire in this world is to beget a good understanding and mutual confidence betwixt us and our two Houses of Parliament," the King wrote.

Parliament in its rejection reminded the King of its letter of August 27, which stated it would not treat with Charles unless he first lowered his standard and recalled his proclamation declaring those opposing him to be traitors.

"We cannot recede from our former answer," Parliament wrote to the King.

The "good and well-affected subjects" of England, Parliament said, will be repaid all monies lent Parliament "out of the estates of delinquents and of the malignant and disaffected party" in the Kingdom.

"To that end," Parliament said, "both this and succeeding generations may take warning with what danger they commit such heinous crimes."

The King’s situation is at present perilous. Portsmouth, seized for him last month by Lord Goring, surrendered today. The Earl of Essex, Lord-General of Parliament’s armies, is scheduled to depart London tomorrow or the day after to join the regiments mustering in Northampton. Parliament’s forces number near 20,000; while those of the King are said to contain fewer than 1000 horse, commanded by Prince Rupert, and 1000 foot.

It may well be that the war is over before the harvest is home.

A selection of first editions from Master-Li’s http://master-li.stumbleupon.com/ book collection….

“On 17 September 1944 thousands of paratroopers descended from the sky by parachute or glider up to 150 km behind enemy lines. Their goal: to secure to bridges across the rivers in Holland so that the Allied army could advance rapidly northwards and turn right into the lowlands of Germany, hereby skirting around the Siegfried line, the German defence line. If all carried out as planned it should have ended the war by Christmas 1944.”

Be sure to watch Off Kilter, the three-part series written and presented by Jonathan Meades, which starts on BBC 4 at 9pm on Wednesday.

There is almost no corner of culture that remains alien to Meades, or unscrutinised in his original, penetrating way.

This series is about Scotland, but don’t let that put you off. Meades gives us Scotland as probably even most of the Scots do not understand it.

“Schopenhauer was right, wouldn’t you say?
Life without pain has no meaning.
Gentlemen, I wish to give your life meaning. “