The Oil rig in ANWR SIM linking the Northern Continent & the Mainland.

As another reviewer said…

“I was like – Oh no, another in the line of SL machinima about building something.
La la la.
Just really well editing.
La la la.
But wouldn’t it be cool if something totally unexpected happened, that gave meaning to all of this building, something magical…

and then it did. And I was totally blown away.”

You can find links to higher quality versions here:

Many thanks to Invent http://invent.stumbleupon.com/
for finding this little gem.

From Huron to Noyo along the roads of Second Life we ran.

Running for charity and cutting a comic image that made loads of people laugh out loud as around a dozen enormous snails jostled for position, nudging and bumping into each other.

Even though it was hellish competitive, I could not resist the urge to ‘slime’, or rather ‘bump’ people who were standing in the road.

It was also encouraging to hear residents shouting my name and urging me to run faster. My favourite comment was:

“Look at those Escargot!”

…and on the positive side I did raise a small amount for cancer relief.

Many thanks to my SL friend RacerX Gullwing for the being the host and to all the many others who helped organise the event.

BTW I came third, not bad considering I started at the back. 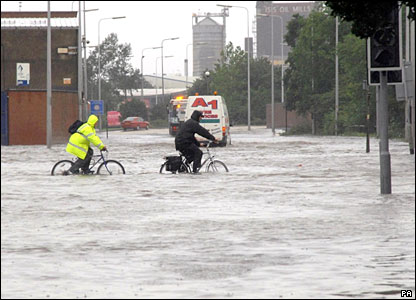 ” Oh, to be in England in the summertime.”

As published in a factual article by:

“Similar but superior to Kung Fu in many respects, it utilizes long, fierce-looking Black Puddings in place of more inferior Eastern weaponry.

Practitioners of the martial art are easily distinguished through their ritualistic flat caps and accompanying whippets.

Learned Historians and fans of sausage generally agree that Ecky-Thump began to take form in 1611, in response to the need for townsfolk to defend themselves against the Lancashire witches said to live in Pendle Forest.

Recent speculation has linked its development in part to the related martial art form of Ken Do’dd. ”

Master-Li http://master-li.stumbleupon.com/ is considered by many to be a deft exponent of this northern martial art. His pudding collection is rumoured to be one of the finest this side of the Pennines.

Time to dust down those old Long Players and rip ’em to mp3s, and yes I remember when home taping killed music.

“Adopted on 4 July 1776, the Declaration of Independence reflects the issue at the centre of American Revolution: spelling reforms visited on the colonies by the British crown.

The Congress were determined that their language would not be standardised by a distant king using language different to theirs.

A young representative from the Connecticut delegation, Noah Webster, was responsible for inserting deliberate misspellings – such as ‘facred Hono[u]r’ – to signal the new country’s defiance of Samuel Johnson.

Other grievances against the evil King George W listed in the original text include:
”
* He hath Infulted uf repeatedly.
* He hath Degraded our humble Dignity.
* He hath Terrorized uf for no apparent reafon.
* He hath otherwife Fcared the Living Fhit out of uf guyf.
* He hath ordered Pizza and other Delicacief anonymoufly and without our Permiffion, forcing uf to pick up the Tab. “