Today I has mostly been….

Storming the Krasnyi Oktyabr Railway yards in Stalingrad with my mates in the 62nd Army Battle-Group of the Red Army.

From the site: “We want to ensure that you get the maximum enjoyment possible from your chosen sport or activity. The RNLI Sea Safety department has been running for over 10 years now with your safety at the heart of all we do.

The sea can be a dangerous place but a few basic precautions could make all the difference, so have a good look through the rest of the site to see what we can do for you.

May we wish you many years of happy and safe sea going.”

A handy site for when you visit the fish counter at your local supermarket.

If you want to know more go to: http://www.fishbase.org/search.php

If only I had bought shares in Antofagasta….

From the page: “The copper price has nearly tripled from the end of year 2001 but not because of historically low inventories and strong world demand as much as by The Case of the Missing Trader. In fact, speculation that China will refuse to deliver up to 200,000 metric tons of copper from its reserves to cover a massive gamble on futures contracts is driving prices to record highs.

As reported in the Financial Times of London, last week’s activities on the London Metal Exchange began with the kind of story that could have come out of a spy novel Chinese copper trader had reportedly gone missing after building a huge short position of the red metal. The story continued to dominate trading during the week, even if there was little clarity on its truth. It was enough to push three-month copper contracts to all-time highs. Three-month copper contracts in London on Friday broke through a psychologically important level of $4,200, touching $4,244.50 a metric ton ($1.925/lb) in afternoon trading after a week of strong speculative demand. Later in the day, it eased to $4,198/metric ton ($1.90/lb). The price rally was triggered by rumors around China’s State Reserve Bureau (SRB), a government body that manages China’s strategic commodity reserves. Liu Qibing, a futures trader based in Shanghai, who may or may not have ties to the State Reserve Bureau, is said to have built a short position of 100,000 to 200,000 metric tons of copper. He amassed these futures contracts on the LME, betting that prices would go down. Instead, prices have continued to climb sharply this year on strong demand from China’s booming economy and some unexpected supply shortfalls from major producers in Chile and the U.S. If prices remain at their current levels or continue to rise, Liu’s trades could lead to losses of $200 million or more, according to a report in the International Herald Tribune.”

I met a traveler from an antique land
Who said: Two vast and trunkless legs of stone
Stand in the desert. Near them, on the sand,
Half sunk, a shattered visage lies, whose frown,
And wrinkled lip, and sneer of cold command,
Tell that its sculptor well those passions read,
Which yet survive, stamped on these lifeless things,
The hand that mocked them, and the heart that fed,
And on the pedestal these words appear:
“My name is Ozymandias, King of Kings:
Look upon my works, ye Mighty, and despair!”
Nothing beside remains. Round the decay
Of that colossal wreck, boundless and bare
The lone and level sands stretch far away.

From the page: “Identity cards would not make Britain a safer place and nobody in the secret intelligence services supports their introduction, according to the former head of MI5.

Asked at a further education conference whether she thought ID cards would make the country safer, Dame Stella Rimington replied: “No is the very simple answer, although ID cards have possibly some purpose.

“But I don’t think anybody in the intelligence services – not in my former service – will be pressing for ID cards.”” 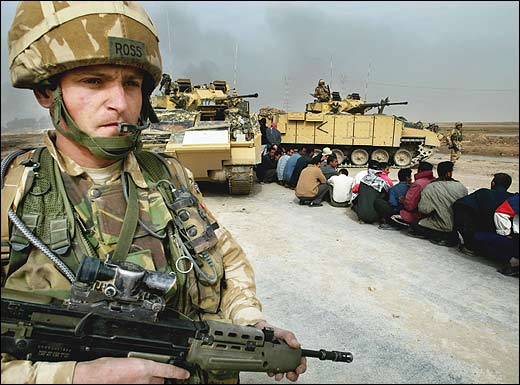 From the page: “Britain’s 8,000 troops in Iraq could begin to withdraw next year, John Reid, the Defence Secretary, confirmed today.

Mr Reid was reacting to comments by Jalal Talabani, the President of Iraq, who said at the weekend that Iraqi troops would be able to take over security in southern Iraq, where the British are based, by the end of next year.”

IN FLANDERS FIELDS the poppies blow
Between the crosses row on row,
That mark our place; and in the sky
The larks, still bravely singing, fly
Scarce heard amid the guns below.

We are the Dead. Short days ago
We lived, felt dawn, saw sunset glow,
Loved and were loved, and now we lie
In Flanders fields.

Take up our quarrel with the foe:
To you from failing hands we throw
The torch; be yours to hold it high.
If ye break faith with us who die
We shall not sleep, though poppies grow
In Flanders fields.

The picture above is a screenshot of the Remembrance Field in Grindlewald, Second Life created and owned by Garnet Psaltery.

”Joe Strummer – and his partners Mick Jones and Paul Simonon – did more than entertain us. They changed lives. They certainly changed mine. Because they made me believe that, with passion and commitment and a bit of fire in your belly, you could be exactly the person you wanted to be.”

Swiss railways, a beautiful vista around every corner.

An ancient wooden bridge in Bern. 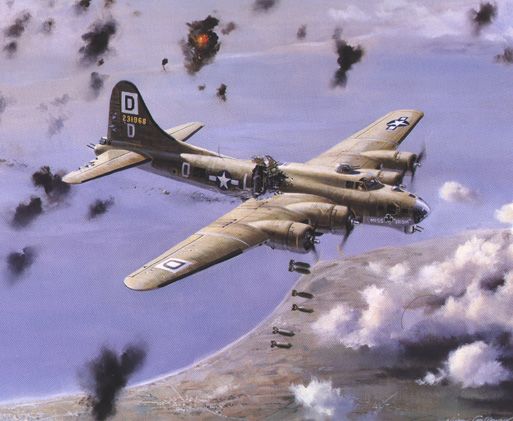 An incredible aircraft that could take an amazing amount of damage and still fly. One of the many planes my Uncle Rodney piloted during WW2.

“Schadenfreude”
which means….Pleasure derived from the misfortunes of others.

From the page: ”
The main points behind David Blunkett’s second resignation from Cabinet.

* What was David Blunkett’s job?

He was appointed the work and pensions secretary following the May 2005 general election. In December 2004 he had resigned as Home Secretary over claims he fast-tracked a visa application for his married lover’s former nanny.
Click!

* Why did he quit this time?

Mr Blunkett resigned after he described his position had become “untenable” after breaching the ministerial code of conduct over his business dealings.

Following his resignation as home secretary in December 2004, he had taken paid work without seeking advice from the Independent Advisory Committee on Business Appointments.

* What’s wrong with that?

The ministerial code of conduct says that the committee should be consulted before ex-ministers take up any private sector role within two years of leaving office. ”

Methinks it serves him right for introducing ID cards 😉