Cory Doctorow, co-editor of the popular Weblog Boing Boing and craphound.com visited ‘Second Life’ a 3D digital world imagined, created and owned by its 32,000 residents earlier this month.
Here he is in both first and second life.

Gemini: 22 May-21 June:
As Pluto, wearing only a towelling bathrobe and a wry smile, walks in on
Mercury, who is just out of the shower, you can expect a week of minor but
somehow long-lasting embarassments.
Oops!

Hogarth’s The Enraged Musician – This picture repays careful study. Have you found the cats yet?

Whilst NASA may be grounding it’s ageing fleet of shuttles China gets ready….

A fully searchable online edition of the largest body of texts detailing the lives of ordinary people ever published, containing accounts of over 100,000 criminal trials held at London’s central criminal court from 1674 to 183

William Hale of St. Clements Danes was indicted for feloniously stealing 15 pair of Worsted Hose, value 40 s. out of the Shop of  Thomas Rock the 23d of May last.

The Prosecutor deposed he lost a Board of Hose out of his Shop Window; and his Neighbour who lives right against him deposed, that he saw the Prisoner get up and look three times through the Grate, and when he saw the Shop clear, he reach’d over the Grate and took the Goods, whereupon he secur’d him. The Prisoner pleaded that he was Drunk, and lay down there; that he did not take the Goods; but that the Evidence took him and carry’d him into the Shop with the Goods. But that poor Defence did not avail him the Evidence being positive, the Jury found him Guilty .

One to watch I think. 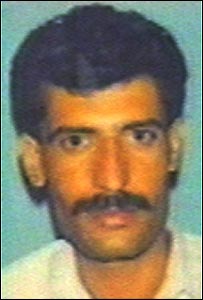 In memoriam
Kamall Butt another innocent victim of the London bombings.

From the page: “Three days after the 7 July bombings, Kamal Butt, 48, from Pakistan was murdered outside a corner shop in Nottingham.

Eight juveniles and a man have been arrested.”

Over his life, the Dutch graphic artist M.C. Escher created over a hundred ingenious tesselations in the plane. Some were simple and geometric, used as prototypes for more complex endeavors. But in most the tiles were recognizable animal forms such as birds, fish and reptiles.

Escher was able to discover such tilings through a combination of natural ability and sheer determination.

The author of this site has developed a complex algorithm that can produce reasonable solutions to the Escherization problem.

There some very good examples which I can’t show you because they are all either exceed the maximum file size or image size for stumbleupon apart from this one which is probably the poorest example on the site:

The man responsible for all this is:

He even looks clever doesn’t he?
And just to prove how clever he is he even lets you play at making your own compositions using a java applet here: http://www.cgl.uwaterloo.ca/~csk/software/penrose/

Update 2022 – I used this browser for a while but to be honest it hasn’t kept up with the main Mac browsers like safari and Chrome.

Also as shareware it doesn’t make sense to pay for something that you can get free elsewhere.

What, dear friends, has become of our culture?
Was not this once a country where jazz beatniks rubbed shoulders with aged philosophers in smoky cafeterias?
Did not dapper men in horn-rimmed spectacles once explain the mysteries of the world to us via our crackling wireless sets?
Were not public libraries the places where all human knowledge was to be found, at the fingertips of avuncular librarians swaddled in tweed? Where has all this gone?
Replaced, we are told, by the “information superhighway”.
“Information?”
What sort of “information” is conveyed by religious zealots, unclothed harlots and medical charlatans?

http://hat.stumbleupon.com/
for finding this excellent stumble!

Updated 2022: you can find some of my own photos taken at the Shanghai Pass here

Confusion tomorrow when the tray in your CD player suddenly begins to leak
apple juice. Luckily it’s still under guarantee. And the apple juice will
keep for three days if refrigerated.

Memorable Quotes from
The Importance of Being Earnest by Oscar Wilde. 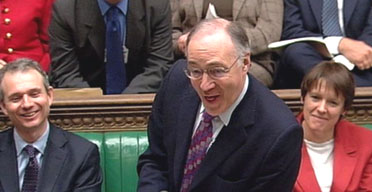 Michael Howard: “I am sure that I speak for the whole House when I join the Prime Minister in expressing our sympathy to those who have suffered such terrible losses, and in the congratulations that he has offered to the police and the security services on the outstanding work that they have carried out following last week’s tragic events.

What we now know is appalling to contemplate. It will take us a long time to come to terms with the fact that these atrocities appear to have been committed by those who were born and brought up in our midst. Does the Prime Minister agree that those responsible for last week’s carnage were not acting in the name of Islam but were perverting its teachings? Will he join me and the hon. Member for Leicester, East (Keith Vaz) in condemning the attacks that have taken place on mosques?

Is it not the case that anyone who reaches for a stone to throw at the window of a mosque and anyone who nurtures resentment against our Muslim community is the enemy of us all, because they would be acting in the way the terrorists want us to act, thus helping them to achieve their objective of dividing us one from another? “

Mohammad Sidique Khan the ‘Killer in the classroom’

`it gets a little closer every day.
Suicide bomber Mohammad Sidique Khan, 30, working as a teaching mentor in a classroom at a school in the Beeston area of Leeds.

The last couple of weeks have been mindnumbing.

The hope of Live8, the sucess of London 2012, the horror of the London Bombings and then the unsettling relevations that there were Al Qaeda operatives amongst us.

We aren’t talking 6 degrees of separation, and by that I mean I was in the same room as Mohammad Sidique Khan a year or so ago. At the time I didn’t converse with him just said ‘Hello’.

Some of my friends and colleagues actually worked with them. I have great difficulty in coming to terms with the fact that this man was working in a caring profession – working with Special Needs Children.

Magdy el-Nashar is a suspect and is currently in gaol in Cairo until just before the bombings he was resident in Leeds. I know he is a very devout muslim and tried to convert most people he met. He certainly knew at least one of the bombers and holding a doctorate in biochemistry had the knowledge and skills to make the explosive triacetone triperoxide that was used. Large amounts of bomb making equipment was found in a flat he rented, and he left the UK three days before the attacks took place.

Is he one of them?

He worked with people very close to me.

He will be investigated and I trust the West Yorkshire Police to be fair.

Any of these bastards that are given a fair trial and found guilty will to my mind suffer a fate worse than death. They will languish in one of Her Majesties prisons for a very long time locked up with hundreds of violent British criminals who will spend many long hours devising ingenious ways to torment them when the ‘screws’ aren’t looking.

I’m not usually given to such dark thoughts as these but I’m glad that despite recent events I do not want to see the return of capital punishment and judicial murder.

Anybody who likes Magazine, Derren Brown and the Rockall Times gets a Thumbs Up from me.

Mr Clarke is the very model of a modern labour minister

A musical animation that made me laugh because it has…

“a hint of politics and opinion, a dapper dog singing and the cutest puppy pianist on the planet.”

rather dated now but funny nevertheless – a classic example of satire a la UK.

Incidentally, I’m a bit embarassed about the virtue signalling. Quite frankly I don’t really care what happens to the UK now.

Earlier today one of my students told me that his street had been cordoned off and that an arrest connected to the London bombings had been made.

Since I’ve been teaching here for many years and we now know that the bombers were from Leeds there’s an outside chance that I may have taught one of the bombers in the past – makes you think doesn’t it?

This week I is mostly listening to…. Robbie Williams 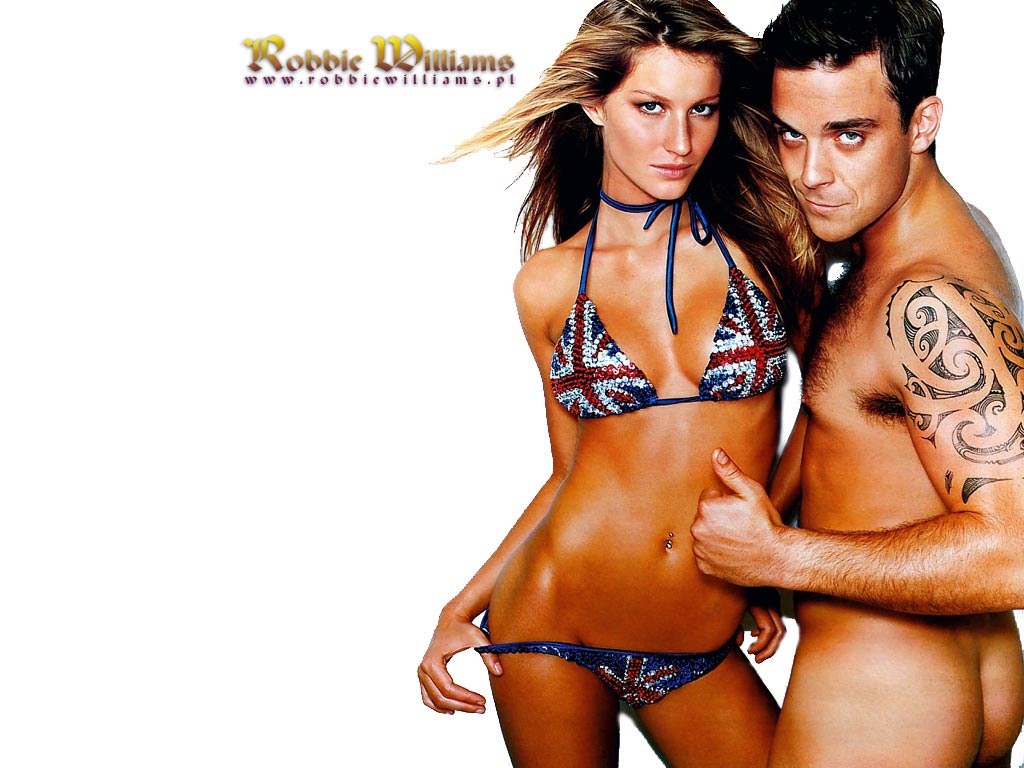 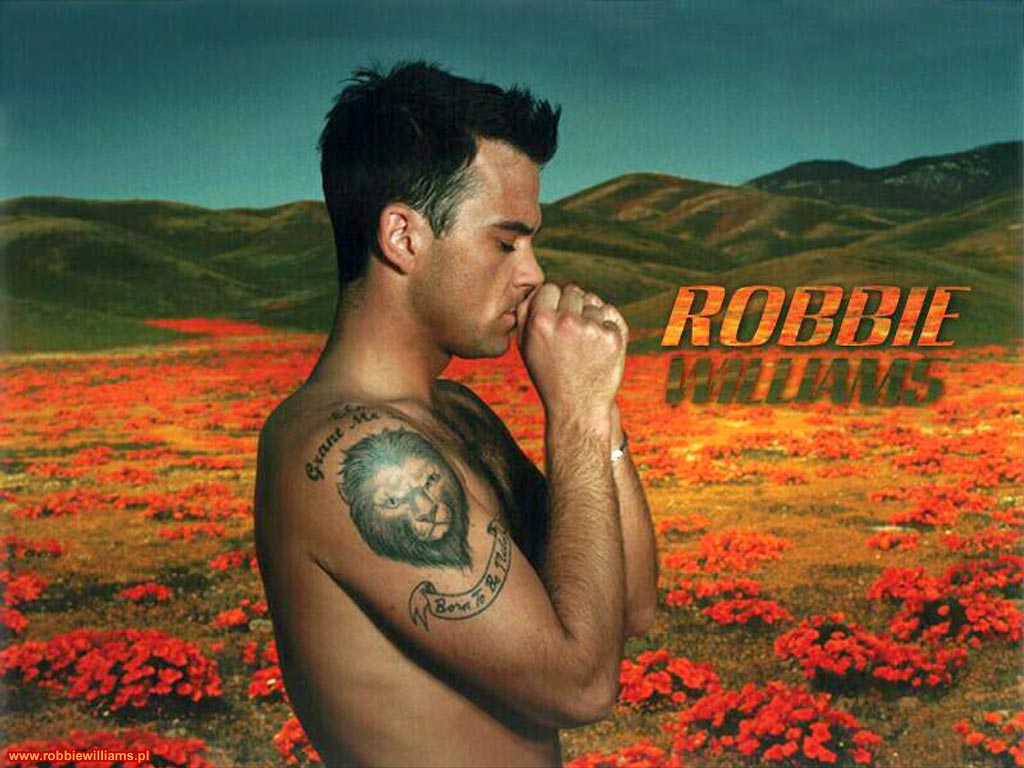 My bed’s full of takeaways and fantasies of easy lays
The pause button’s broke on my video
And is this real ‘cos I feel fake, Oprah Winfrey, Ricky Lake
Teach me things I don’t need to know

And you know and you know
‘Cos my life’s a mess
And I’m trying to grow
hey hey !

(Don’t wanna go) down in the tube station (at midnight)

The distant echo –
Of faraway voices boarding faraway trains
To take them home to
The ones that they love and who love them forever
The glazed, dirty steps – repeat my own and reflect my thoughts
Cold and uninviting, partially naked
Except for toffee wrapers and this morning’s papers
Mr. Jones got run down

Headlines of death and sorrow – they tell of tomorrow

I fumble for change – and pull out the Queen

I’ve just shown this community to my father who was a Londoner (evacuated) during the war years. In the spirit of the responses here he’d like to point out.

“You youngsters don’t know how lucky you are we had to cope with tea rationing!!!”

I lived in London for four years during the height of the IRA bombing campaign and I once found a suspect device on a tube train and had to pull the Emergency lever to halt the train so I know how Londoners feel at the moment.

“…We ask no favours of the enemy. We seek from them no compunction.
On the contrary, if tonight our people were asked to cast their vote whether a convention should be entered into to stop the bombing of cities, the overwhelming majority would cry,

The people with one voice would say:

The BBC has decided – as part of its “restructuring of the BBC’s online activities” – to pull the plug on its hugely popular Cult website.

Those not familiar with Cult should mosey on down and have shufti. Readers who already enjoy its eclectic mix should read the following with horror:

This site shuts next month. Bye, then!

Sadly, as part of the restructuring of the BBC’s online activities, this site is closing at the end of the month.

We’re trying to find alternative bbc.co.uk homes for some sites, but much of the content will be removed from the servers, and that which remains will not be maintained.

We’d like to thank all our users (700,000 of you last month!), and to everyone who expressed an opinion of us in the BBC’s Online Audience survey (we nearly came top – beaten only by those pesky News people).

The team have had a wonderful six years looking after the site, and hope you continue to enjoy the BBC’s online offerings.

PS: Don’t worry about the Doctor Who site. It’s safe.

That’s right – 700,000 people a month, so obviously it has to go. What’s more, much of the material faces deletion. Marvellous. As one irate punter puts it: “Who’s the bozo who made this decision?”